Threats to democratic rule in Africa are growing, but time and demography are against the autocrats. 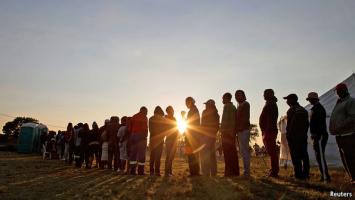 Election irregularities in Zambia follow the typical pattern used across Africa: muzzle the opposition, use state power to harass their supporters, use state institutions that ought to be independent to carry out the bidding of the incumbent political party.

This has been the order of democracy in Africa in the last 50 years leading to alternations between dictatorships and one-party democracies. The seeming reduction in the number of free or partly free countries as against a decade ago seems correlated to reduced commodity prices and stymying of free markets. At the turn of the millennium many African states adopted the free market ideology and this in turn led to new bases of wealth which eventually enabled more people push for changes in the political system.

This cycle of commodity booms and liberalisation going alongside the loosening of the hold that incumbents place on the political system has been a feature of Africa’s recent power dynamic.

What needs to be done to have more stable political systems is to empower state institutions to be independent of the ruling party. The army should be the guarantor of this independence. If there is a role for the international community, it is to hold the army leaders and other power brokers accountable for subverting state institutions.

Ultimately, Africa will only become truly free when it negotiates its ruling elites’ paranoia for unity and control of unjust entities they inherited from abusive colonial powers. Countries across Africa should devolve power to their ethnic nationalities and allow their people determine the path to the future they see independently of powerful and oppressive unitary centres.

This is what Africa’s young people should clamour for- a move away from abusive political systems that currently benefit the old elite who inherited privileges at a time when might was right.